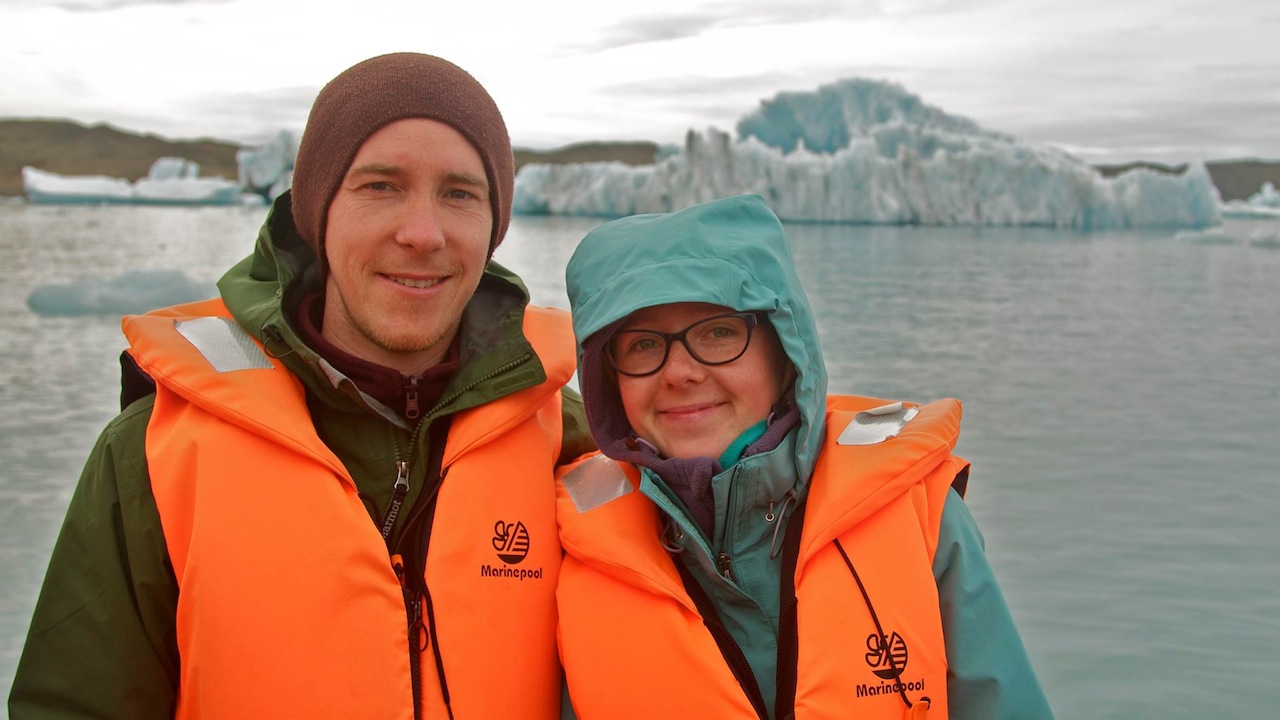 Viktor and Olga travelled to Iceland for the first time last summer, as they said: “We’ve been there a bit more than a week, it is definitely not enough to explore the country, however it still gives you a chance to form an opinion about this Nordic country”.

First two days the couple spent in Reykjavik, they were walking around the city, went to watch whales and tried local food (in their opinion it is similar to Russian cuisine). Viktor said: “We just couldn’t miss a chance to go whales watching, on a ship they give you warm clothes, but there are people, who actually prefer not to wear this uniform”. After that, they decided to explore South Iceland and took a bus tour to several locations. Viktor said, that “travelling by buses in Iceland is convenient. You can buy a ticket (passport) via internet or in a tourist centre. In the passport, there is a route map”.
What there really liked about travelling in Iceland is that they could stop at any time during the route and continue the trip next morning. The couple was fascinated by spectacular views on the way: waterfalls, lagoons, fields with sheep and horses. Even though Viktor and Olga visited Iceland in the middle of July, they strongly suggest to bring warm clothes with you, as the weather was 15C during the day and 5C at night.
One of their favourite sights was an opened air museum, where they could see how Icelandic people used to build houses in the past. Viktor joked: “We decided to keep this information in mind, maybe we can use their technic!” What they really like about Iceland, that there is a great variety of activities from mountain climbing to hiking in parks. Viktor said: “We went trekking in Skaftafell National park and enjoyed the trip much. There is a beautiful lake there.” Viktor and Olga were impressed how many waterfalls you can find in Iceland, in their opinion each waterfall is beautiful and unique in its own way. During one of the days they explored Glacier Lagoon, where they took a boat with a tour guide who brought them to icebergs and told a story about an ancient glacier here. They also loved Vik with their black sand and almost out of earth atmosphere. Viktor recalled: “they landscape really looked as we were on Mars, it was amazing!” Before they left, they went to Blue Lagoon, where they enjoyed bathing in this geothermal water. They said: “We really enjoyed Iceland, people here are really welcoming and everything here is made for tourists. It was a great adventure!”