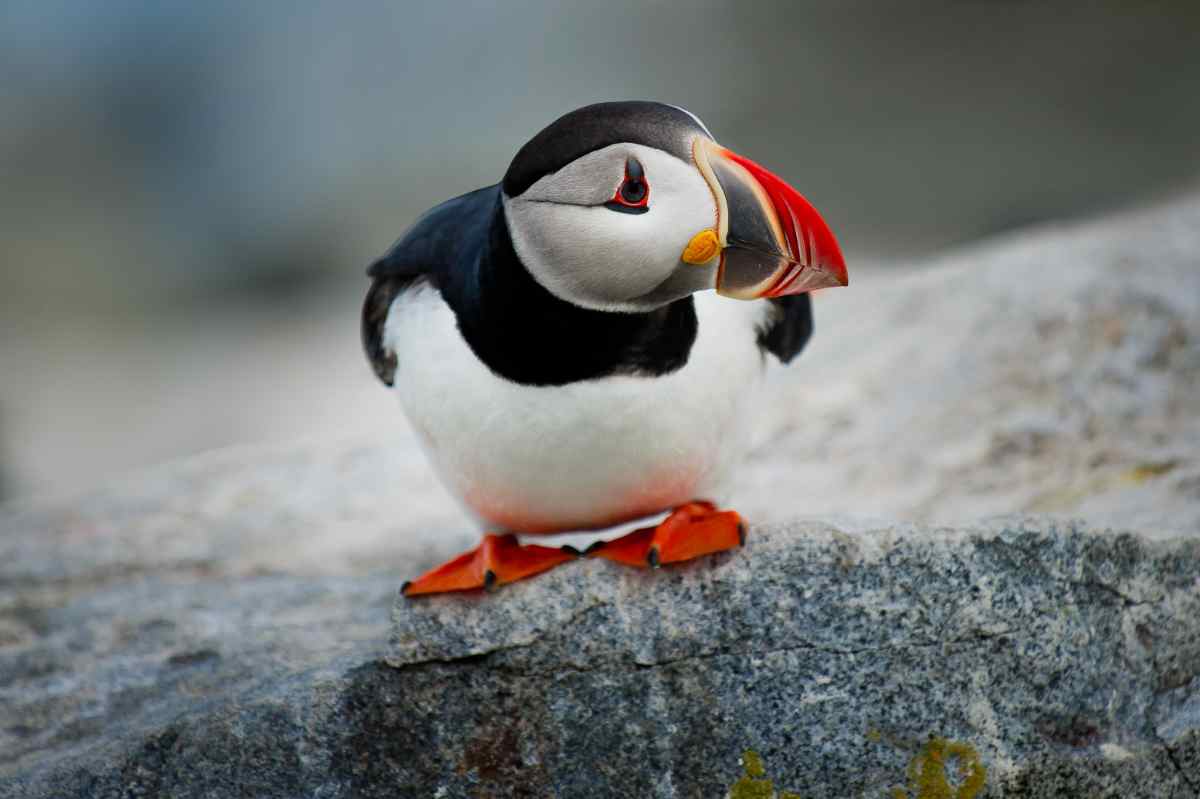 Puffins can be found all over the country, however, there are still places, where there is a better chance to find these seabirds. In many cases you will have to take a boat to reach puffin colonies, but if you have seasickness, don't worry: there are some spots that can be reached by car. Ingólfshöfði and Dyrhólaey are located just few hours from the capital, so you can rent a car in Reykjavik and drive there.

It is the biggest island in Vestmannaeyjar and is located approximately 7.5 km of the south coast of Iceland. The funny fact about this place is that the population of Hrimsey is 4500 people and around 8 million puffins in summer. Other birds also migrate here during this period. Most locals live off fishing, but during the festival time they are allowed to capture a few puffins and eat them either at a festival or at home. The annual festival is known as Þjóðhátí­ð (the national festival) and is celebrated on the weekend before the first Monday in August. During these days there are bonfires, concerts and crowd singing.

This island is located near the east coast of Iceland. It was inhabited from the time of settlement till 1966. Some infrastructure still exists here: a lighthouse, a dwelling house, a church and a weather station, however, mostly the island is known for the huge population of arctic puffins. To get to Papey island you would need to take a ferry, on the island you will have a guide tour, where you will learn the history of this place. More importantly, the island gives you a unique and very special opportunity to watch puffins in their natural habitat so closely.

This island is famous for its location: near arctic circle, just 40 km from the north coast of Iceland. It has only 86 inhabitants. The island boasts a big population of various seabirds, mostly due to the rich fishing grounds and safe environment for breeding. You can spot here black-legged kittiwake, northern fulma and of course arctic puffins. The best period to watch the birds is from April to August.