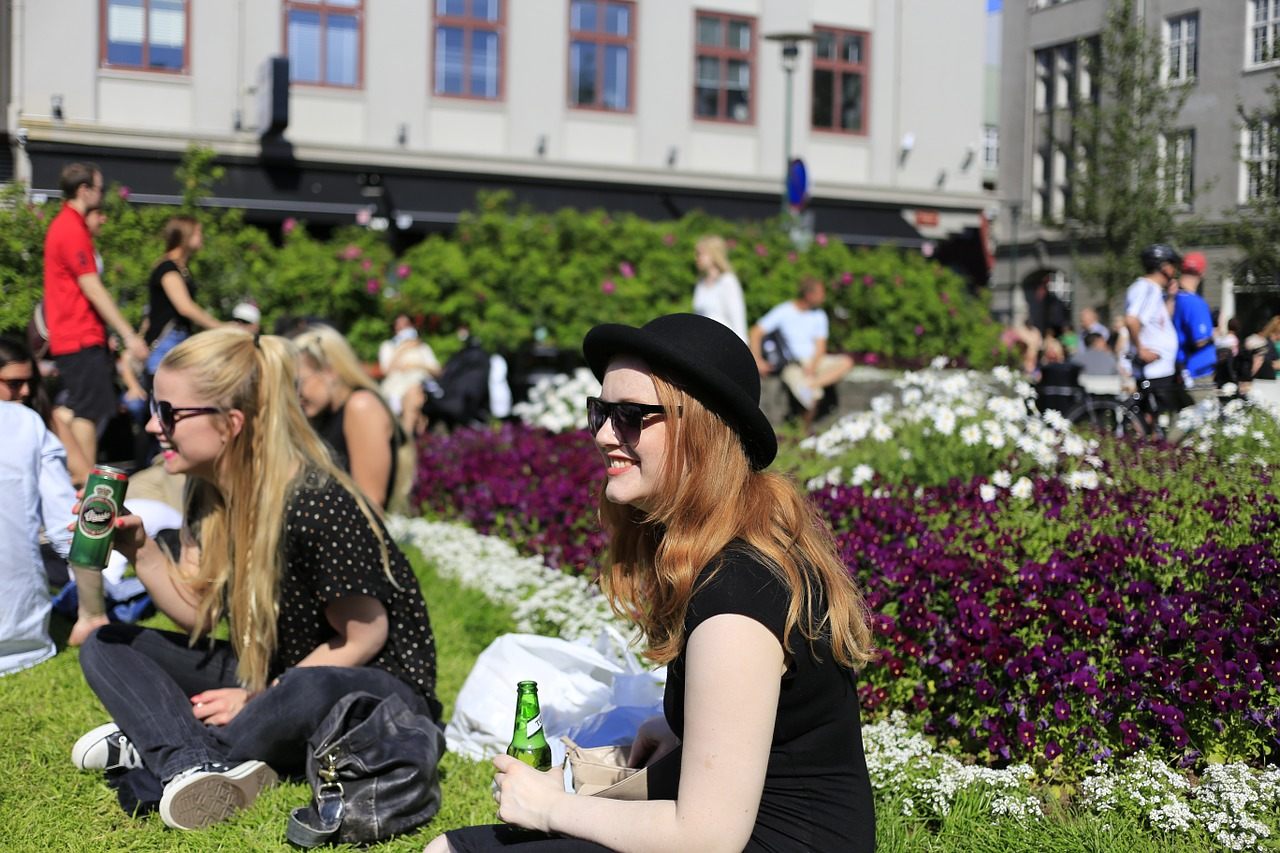 Despite the small population, Iceland is famous for its festivals, especially music ones. It shouldn't be surprising as the country is well known for popular singers and music bands. What is particularly great about Icelandic festivals is that there are taking place across the country and are not only situated in the capital.
Aldrei fór ég suður
The name of this Rock Music Festival can be translated as «I Never Went South» and indeed the event is located not far away from the Arctic Circle, in the North West of Iceland. The Festival is free of charge and as the organizers wrote on their website "Everybody is giving their work in the name of good old fun." Because of this cozy and friendly atmosphere, there is something really unique in this Festival. So if you want to experience the best of the Icelandic rock music as well as enjoy breathtaking beauty of the surrounding nature, we would highly recommend this festival.

Bræðslan Music Festival
The Festival is located in the East of the country in a village with a population of 130 people. The venue of the event is a former fish factory  and the music is a mix of country, pop and indy rock singers.  The festival was first organized in 2005 and since then became an annual event, which sells around 800 tickets. Most people prefer to camp in the village overnight, but some also enjoys the hospitality of the locals.

Iceland Airwaves Music Festival
It is an annual music festival that is held in Reykjavik in November. Originally in 1999 the show was organized as one off event, but due to popularity soon it became really popular not only among music lovers, dozens of journalists and music producers attend this Festival as well. As many others Icelndic Festivals, it is famous for its unique atmosphere. The festival is financially supported by Icelandair and the City of Reykjavik.

Westman Islands Camping Festival
The best way to describe the popularity of the festival is to say that in normal days the population of the Westman Islands is approximately 4000 people, but during the Festival it increases up to 16000. The huge event takes place during the bank holidays, officially the Festival starts from Friday till Sunday, though a lot of people prefer to come in advance to pick the best spot for the camping.

It is important to note that  Westman Islands Camping Festival is more than just a music festival, it is  several days of fun that you can spend with your friends, family or maybe even with someone that you met during the festival. Another import fact: if you are lucky you will have a chance to taste puffin, that's definitely won't happen to you in any other festival!