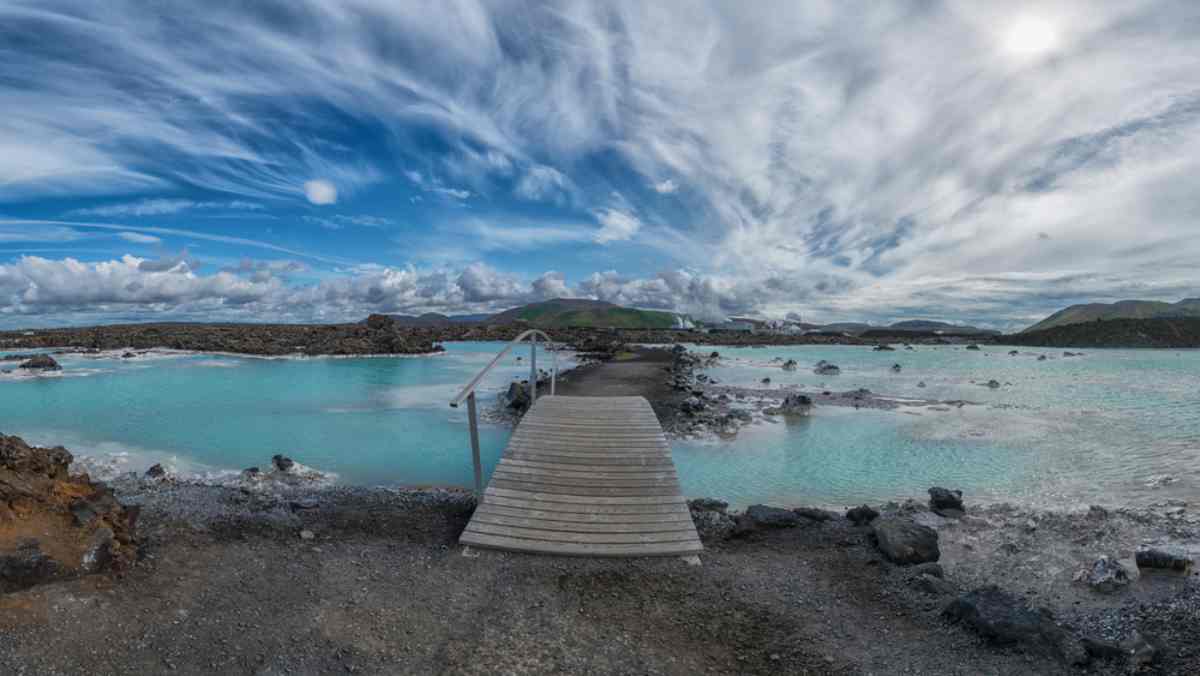 It was very hard to choose the top five hot springs in Iceland, because there are many amazing geothermal pools and all of them have some unique features that make them special!

Blue Lagoon
We know, that there are many hot springs in Iceland, but we definitely couldn't ignore the most popular and well-known among tourists. Located not far away from Reykjavik, bathing in Blue Lagoon is a great way to spend the day not far away from the capital. This geothermal water is famous for its beneficial qualities for skin and would be also able to buy some local skin care products, which are produced in the facility.

Landmannalaugar
As it was mentioned earlier, some hot springs are not appropriate for swimming as the water there is boiling. It is not the case in Landmannalaugar: the geothermal water that comes from the lava is very hot, but in the process it mixes with cold water. So you will be able to find yourself a perfect water temperature in this thermal paradise. The other remarkable feature of this place is striking surroundings, so you can swim in the water and enjoy the beautiful view on mountains.

Leirubakki
Even though Leirubakki is a very small outdoor pool, it is extremely popular among tourists and rightly so! The hot spring can boast with the fantastic view on Hekla volcano. It is one of the most active volcanoes in the country and was called by Vikings "Gateway to Hell". The geothermal water is popular in both summer and winter: whereas in summer you can enjoy the midnight sun, in winter you can capture northern lights here.

Myvatn nature baths
It is a Northern answer to Blue Lagoon, this fantastic geothermal water will not only give you spectacular view, but also is much less crowded than the famous hot spring. Apart from soaking in water, you can spend great time exploring the surrounding: active volcanoes, ancient caves and unique population of birds near Myvatn lake!

Nauthólsvík
This geothermal beach was opened in 2000 and it immediately became popular among tourists. It is a fantastic place as boiling geothermal water from hot springs mixes here with cold water from the sea. What is amazing about this outdoor pool is that no matter how cold is outside, the water stays warm in this hot spring. The location is also very convenient: just outside the capital Reykjavik. Bearing in mind that the geothermal beach annually received 530,000 people, it is safe to say, that the place became one of the biggest attraction in Reykjavik for both tourists and local population.